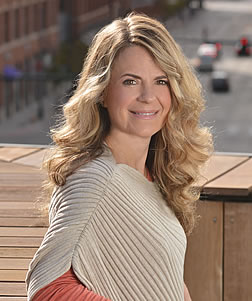 With more than 25 years of media and public relations experience, as well as strong background in broadcast, Debbie Fitzgerald brings a wide range of expertise to FPC clients. With her extensive media relations experience, she has the insight to know what stories are worthy of local and national media exposure.

Debbie started her career as a writer and producer at Denver’s then-NBC television affiliate KCNC/News4. From there, she worked as a reporter on KHOW’s Tom Martino Troubleshooter show, and her final foray as a TV reporter on the CBS affiliate in Boise, Idaho. Her personal media relationships include anchors, producers, writers, editors and a variety of beat reporters who work on features, entertainment pieces and business stories.

Debbie earned her bachelor’s degree in communications from the University of California at Santa Barbara, CA. Debbie lives in Denver with her husband and two daughters. 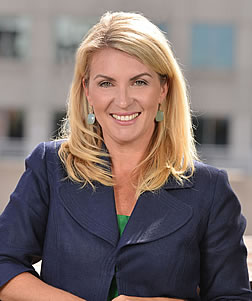 Regan Petersen brings over 18 years of experience in the consumer, entertainment, marketing and technology public relations industry to FPC clients.

Before founding Fitzgerald Petersen Communications in June of 2005, Regan was at Ogilvy Public Relations as Vice President for the agency’s Consumer, Entertainment, Healthcare and Technology clients across the network. In this capacity, she was responsible for managing media and analyst relations, account strategy and planning for national and local clients. Regan was named one of Denver’s most influential professionals under the age of 40 by Colorado Biz Magazine in 2014.

In her role as a Media Specialist, Regan maintains high-level national relationships at media outlets such as, New York Times, USA Today, Fortune, Forbes, CBS Marketwatch, FOX and The Wall Street Journal. In the local Colorado arena, Regan has personal daily contact with entertainment and consumer reporters at The Denver Post, Colorado Springs Gazette and all broadcast stations in the region.

Regan gained valuable media experience while working as a production assistant with ESPN and NBC’s Extra. She earned a bachelor’s degree from Colorado State University. Regan lives in Denver with her husband and four children.