Fitzgerald Petersen implemented a very successful media and community relations project for Cirque du Soleil presents LUZIA this summer in June at the Pepsi Center. LUZIA, the fifth Cirque du Soleil show FPC has represented, once again exceeded all ticket sale expectations and the client credited with FPC for great partnership ideas and excellent media relations efforts, with editorial media coverage – many outlets multiple times with virtually every general market, Hispanic and African-American media outlets in Denver and the Front Range! Because of the team’s success, FPC has been awarded the contract to represent Cirque du Soleil present Crystal opening in Colorado Springs on January 31, 2018 at the Broadmoor World Arena. 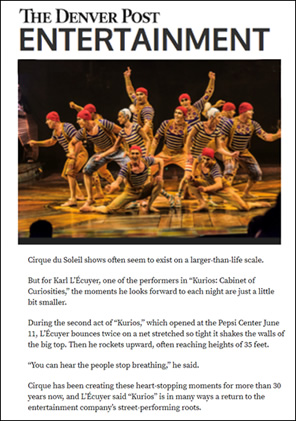 In the summer of 2016, FPC was retained by Cirque Du Soleil to manage their PR and media relations program during their six week run of ‘KURIOS’ under the iconic blue & yellow Big Top tent in Pepsi Center’s parking lot near downtown Denver. Cirque Du Soleil previously retained FPC for their 2013 show, ‘Amaluna’ and were so pleased with the campaign, they continue to hire FPC for our creative approach that sells out their shows time and again.

Media coverage was outstanding from the announcement KURIOS was coming to Denver in December 2014 through the show run, with editorial stories and social media posts through nearly every media outlet in the region, some up to 5 times! Stories included ‘behind the scenes’ sneak peek opportunities prior to the opening of the show, to 8-10 live shots by reporters on the scene for early morning interactive and visual segments on their newscasts. FPC also secured front page Entertainment section coverage for KURIOS in the Denver Post and vast amounts of social media buzz!

One of the highlights of FPC’s work with KURIOS culminated with our creative idea to ‘take over’ downtown Denver’s newly remodeled Union Station. With the KURIOS story line taking place during the turn of the century when the steam engine revolutionized the way people lived, the recently revitalized Union Station train terminal served as the perfect backdrop to ‘surprise and delight’ consumers during their lunch hour. 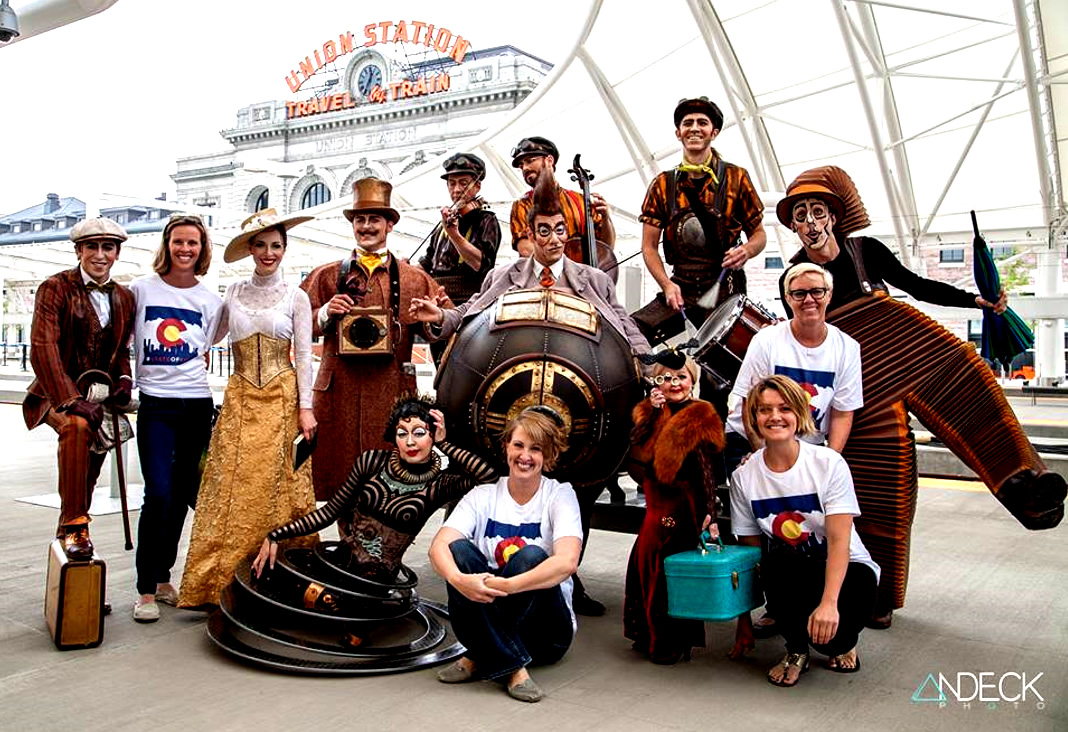 Through FPC’s contacts at Colorado Governor John Hickenlooper’s office, we were in touch his #StateofKind team (which challenges Colorado residents to ‘give back’ to our communities with acts of kindness) to plan a take over Union Station over the lunch hour, giving away 35 pairs of free tickets to KURIOS. People were delighted and the media results were stellar with TV segments on Denver’s ABC affiliate and photos online and in five print outlets. The photos of this event went viral on social media, with Governor Hickenlooper HIMESELF posting the above photo on Facebook and Twitter with a special ‘thank you’ to Cirque du Soleil’s KURIOS for implementing the fun event and giving back to our community!

Because of our past success, FPC has been hired once again to conduct the media and community relations campaign for Cirque’s newest creations OVO in Loveland and Colorado Springs in January 2017. We are thrilled to bring these exciting shows to Colorado consumers and have many creative ways to partner with influential brands downtown.

“Fitzgerald Petersen knows what It means to put their clients first, without alienating everyone in the media in the process. I always know the days I get to work with them will be good ones!”